The fall/winter film season is upon us and we are really excited to see the films studios have been hoarding all year. Seriously, it’s not fair that we had to sit through two Adam Sandler films before we even got to see Steve Jobs. Leonardo DiCaprio recently said studios save the best for last and after looking at what’s coming out in the next two months, he wasn’t joking around. This article is especially special because I’m happy to introduce my friend, Michael Stuhlman to the Life at 24fps team. From Spectre to Todd Hayne’s Carol, we are going to guide you through the essential films to see before the year ends.

Even though Daniel Craig has essentially said “screw it” when it comes to his feelings toward James Bond, most of the world is hotly anticipating the newest entry of the legendary series. Spectre looks to be a culmination of the Craig era Bond’s character development and the over the top action of the classic days. Having gone through the full series (finally), last year I’ve become a much larger Bond fan than I was before and along with Connery I am on team Craig as the best actor to embody the character. Let’s hope after the series diverting Skyfall that Spectre manages to keep the streak alive.
Spectre arrives in the US November 6 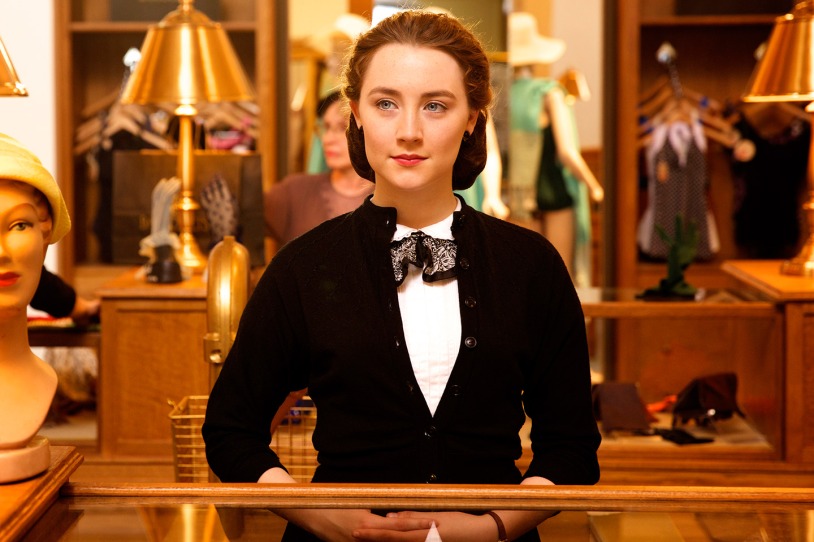 There is basically a single, solitary reason to be excited about Brookyln. Her name is Saoirse Ronan and she’s one of the finest up and coming actresses working today. Directed by Irish television and film director John Crowley, the film focuses on the love triangle of a young Irish woman in Brooklyn and in Ireland, set against the backdrop of the 1950’s. The film should at least be a solid romantic drama, but this writer is also hoping for a deeper layer about immigrants life during the time period. The film also has support from actors like Domhall Gleeson (Ex Machina) and Jim Broadbent (Harry Potter and the Half Blood Prince) so we should be expecting a well acted piece of cinema.
Brooklyn arrives in the US November 4 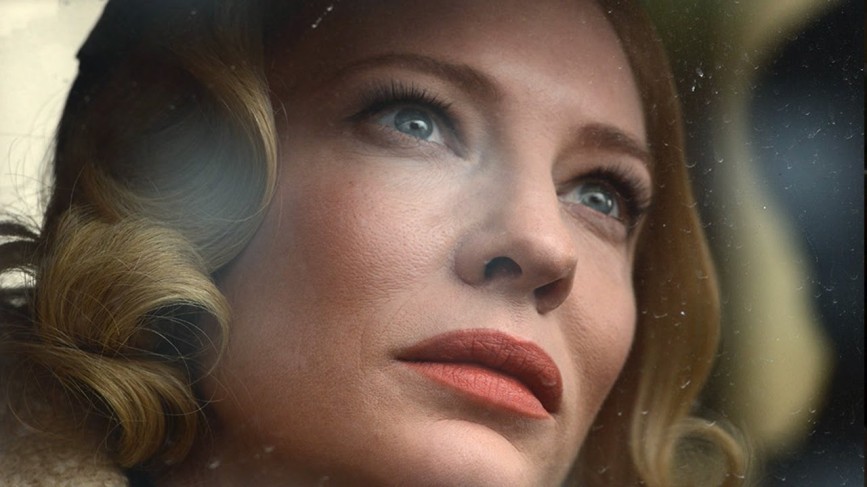 The truth is I have little to no idea what Carol is actually about, but three things have me interested. The rabidly positive critical response, the exquisite acting talents of Cate Blanchett/Rooney Mara and the direction of offbeat humanist Todd Haynes. I’ve been trying to keep my knowledge of this film as minimal as possible so I can go in with a fresh mindset, but as it stand it’s amongst my most anticipated of Oscar season. Yes, this movie is Oscar bound.
Carol arrives in the US November 20 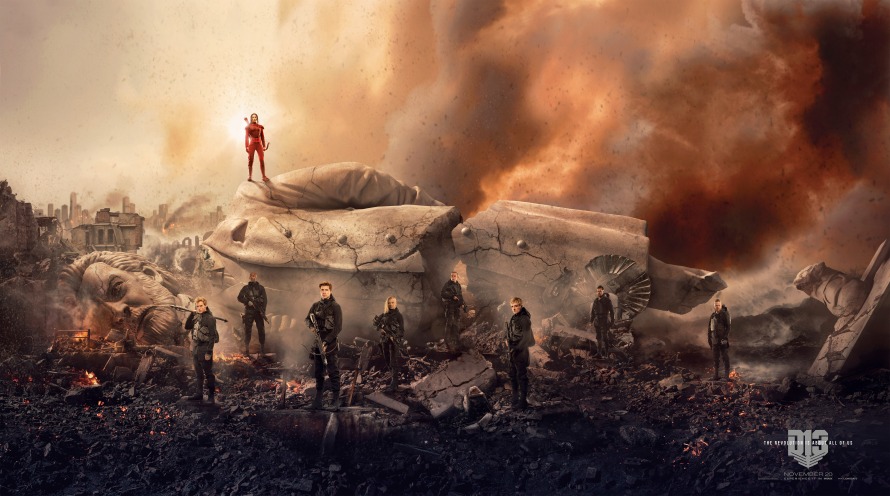 Don’t ask me why I keep giving this series the benefit of the doubt, but I do. Maybe it’s because Catching Fire was such a promising entry, or maybe it’s because the books were such a dark and subversive series in retrospect. Whatever it is I’m still holding out hope that Mockingjay Part 2 finishes the series off on a worthy note. The trailers thus far have looked strong, with one in particularly truly capturing the chaos of the novel and giving a large hint as to the film’s more depressing end points. We will find out soon if Catching Fire was just a one off or if The Hunger Games was truly just building to a series thats greater than the sum of it’s parts.
Mockingjay Part 2 arrives in the US November 20

If I’m being 100% Oprah honest, about 90% of my interest in this film lies on the strong capable shoulders of Tom Hardy. The man is a straight film presence, akin to George C Scott or The Cage. No matter how bad the movie might end up, you can always count on Hardy to bring his all to the role. Of course the story itself is an interesting one, the trailer’s can’t help but give that vibe of a somewhat standard gangster biopic. If nothing else, we know the acting will be something to behold. Here’s hoping for the best.
Legend arrives in the US November 20 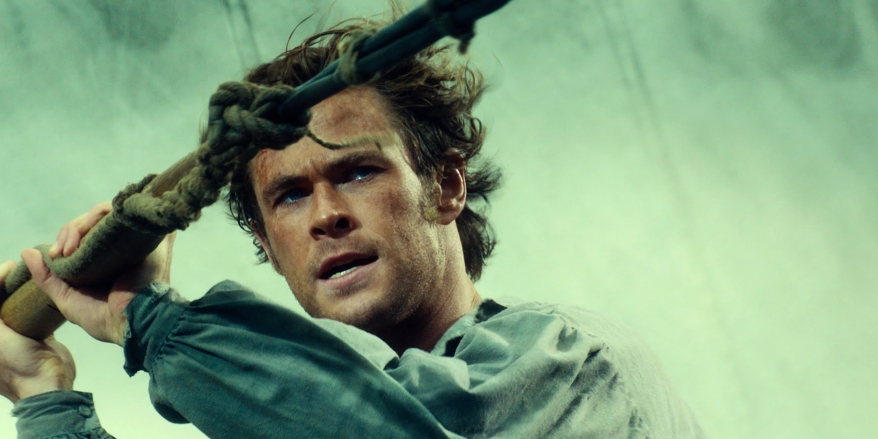 In The Heart of the Sea

I am terrified of the open ocean, so films like In the Heart of the Sea are my way of living vicariously. After a knockout from Ron Howard and Chris Hemsworth in Rush, i’m excited to see what kind of tension the duo can conjure up whilst battling a giant whale. We don’t get enough of these maritime type films, in fact the last one I remember that looked anything like this was Master and Commander. I’m hoping this movie is able to surpass that one as well as giving an acting showcase for it’s talented cast. Contrary to popular belief the film isn’t an adaption of the novel Moby Dick but based on the “true story” that inspired the book.
In the Heart of the Sea arrives in the US December 11 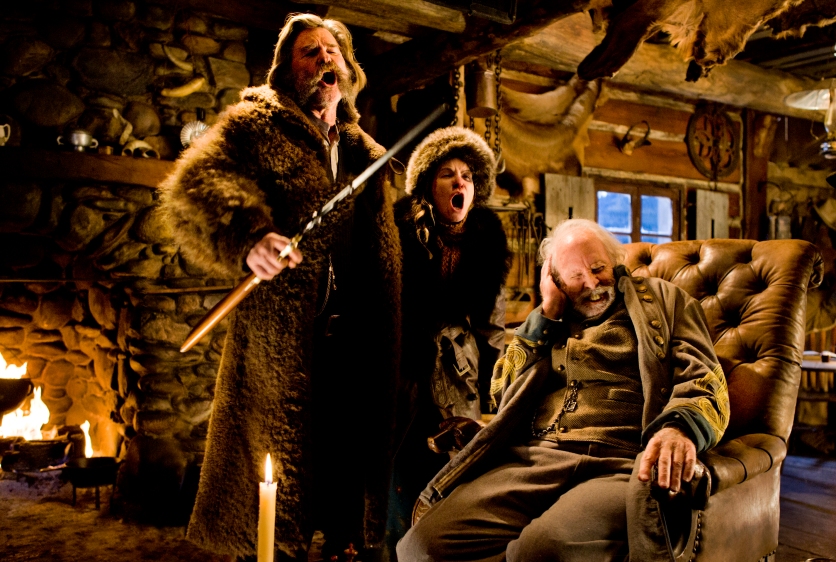 Out of all the films on this list, The Hateful Eight holds a special kind of excitement. Not that I consider myself a major Tarantino fanboy, but I’ve seen everything he’s made and even though I’m mixed on more than a couple of his films, his new movies are always an event. The Hateful Eight looks to be playing on multiple levels from everything I’ve read. On the obvious side it’s going to be an amazing throwback to classic westerns, the title alone being a play on The Magnificent Seven. It’s going to have a bunch of dangerous men in a closed space with a valuable prize, and it’s going to have some harsh elements to make it all boil over. The other thing that gets my interest is the fact that the film will come in 2 versions. One in 70mm that includes an additional 6 minutes, intermission and reedited scenes that apparently has a different tone from the standard showings. Unfortunately that version will likely only be playing in theaters equipped with 70mm projectors, and only 40 some odd still exist so go online and try to find one near you!
The Hateful Eight arrives in the US December 25

Now it’s time to touch upon the other essential viewings for this time of the year. 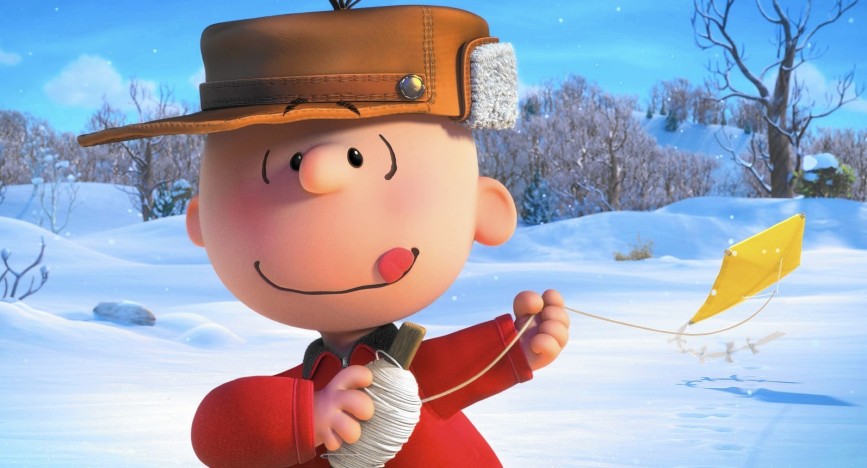 For about 8 years, I had a painting of Charlie Brown and Snoopy as the centerpiece in my living room. It was a pleasant image to see growing up. Now that I’m older and a bit wiser, I see how deep and truly inspiring The Peanuts characters actually are. Thankfully this year they are getting the big screen treatment through wonderful 3D animation and a team of devoted filmmakers. Seriously, go watch a trailer for this and try not to be moved by nostalgia and the imagination at work. I have a feeling we are in for a new animated classic that wasn’t made by Pixar.
The Peanuts Movie arrives in the US November 6. 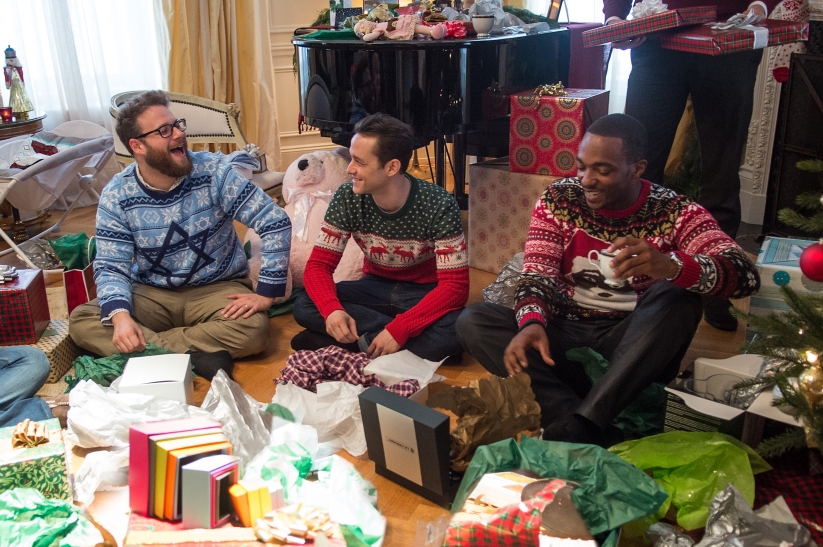 I’m a sucker for a good bromance and my appreciation of Seth Rogen is direct result of that.  Him and Joseph Gordon Levitt made a phenomenal duo when they made the under-loved cancer dramedy, 50/50 and I never thought I’d get to see them work together again.  Luckily I was wrong. Under the same director and the addition of the always reliable Anthony Mackie, we are getting a Christmas Bromance that looks funny yet not too demanding. Looks can be deceiving and I know we’re in for more than just jokes about shrooms and a random Miley Cyrus cameo.  Based on Seth Rogen’s track record, I think we should expect some emotional bromantic moments littered throughout the mayhem as well.
The Night Before arrives in the US November 20 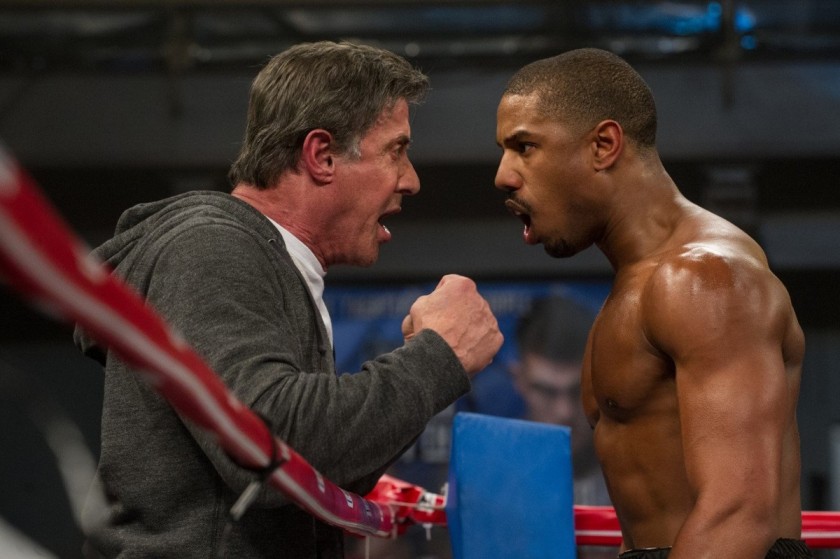 I hate to admit this but I’m not a huge fan of Ryan Coogler’s debut film, Frutivale Station.  Fast forward two years and he’s back with probably the most random sophomore film to come around in sometime. Creed looks to be a film about creating your own legacy that also functions as a Rocky spin off.  Why is this essential viewing? Well this movie looks POWERFUL and will no doubt be a star making performance for Michael B. Jordan and the return of Sylvester Stallone’s iconic character.  Based on everything I’ve seen so far, I can see this being the best crowd pleaser of November.
Creed arrives in the US November 25

All Hail Macbeth! This is my most anticipated film of the year and I’m still shocked about this. I’m not the biggest fan of Shakespeare or the director’s first film, Snowtown, which was slow and left me wanting more the whole time. Now he’s back with Macbeth, which looks like a moving renaissance painting and has two of my favorite actors, Michael Fassbender and Marion Cottilard, completely unhinged and chewing more scenery than humanly possible. I think the main reason I want to see this however is because it looks risky in all the right ways. A violent and big budget Shakespeare adaptation in 2015? That takes guts. This looks like drama at it’s highest level and I can’t wait to see if the hype for this is justified.  If Macbeth succeeds my expectations, this could very well be the best Shakespeare adaptation since Laurence Olivier’s Hamlet.
Macbeth arrives in the US December 5

The combination of Tina Fey and Amy Poehler has always been a recipe for comedic gold. Even when the script was lacking (COUGH COUGH BABY MAMA COUGH COUGH), they still manage to be great together. What happens when you add a hilarious premise, and an R-Rating to the Fey/Poehler recipe? The answer is my most anticipated comedy of 2015. The moment John Cena says, “My safe word is keep going”, to Tina Fey should give you a taste of the kind wonderful absurdity you will be witnessing when this is released.
Sisters arrives in the US December 18

The title speaks for itself and the internet has already written more than enough words to justify why this is essential viewing.
The Force Awakens arrives in the US December 18 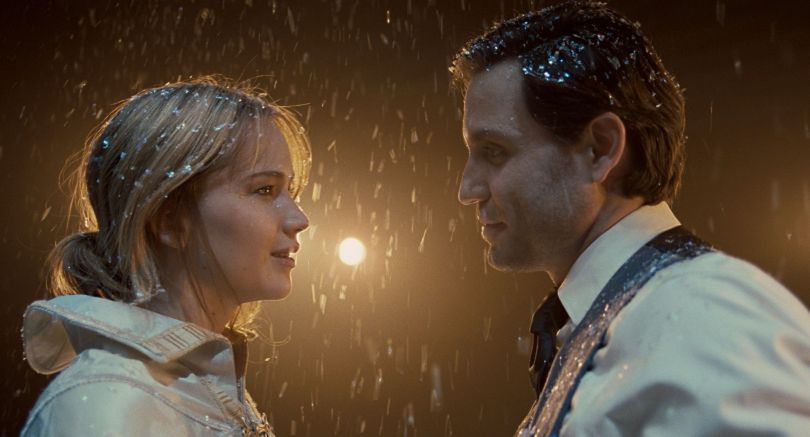 Like many people, I fell in love with Jennifer Lawrence when she won the Oscar for Silver Linings Playbook. Sadly I’ve grown tired of her and director David O. Russell since then, although I do appreciate what she’s done to address the unfair pay gap between genders.  This Christmas, the two are releasing their third film together and from the looks of it, this might be one of the best character studies of the year.  The whole thing feels very epic, especially considering that it is going to take place over 20 years with Jennifer Lawrence front and center. She dominates every piece of marketing released so far and I have a feeling this will be her best performance yet.  Filmed like a 70’s Martin Scorsese film on steroids and featuring most of the same cast he’s been using for 4 years, we are in for something unique.
Joy arrives in the US December 25

My name is Garrett Smith and I have a man crush on Leonardo DiCaprio. Ok, well now that’s out of the way, let’s talk about Alejandro Innauritu’s, The Revenant. From the moment this film was announced, I knew this was going to be something special whether I liked the final product or not. To add wood to the film’s fire, the troubled production has been notorious for going over budget, making Tom Hardy drop out of Suicide Squad, and for making DiCaprio grow a Grizzly Adams beard and sleep in an Animal’s dead carcass. Thankfully all the images and trailers released has showed us what kind of extreme filmmaking is at play here.  Try and not be blown away by the last shot in the second trailer. I dare you.
The Revenant arrives in the US December 25