Ten Years Later is an article series in which we turn the clocks back ten years and look at a film or two from the given time frame. We revisit the film(s) and compare it to our feelings back then.

Just in time for Halloween we take a look back ten years to the East Asian horror anthology Three Extremes.

I remember back in 2005, during the build up to my love of extreme cinema, a little foreign film got released to rave reviews within the community. Specifically there was one review that said something to the effect of “Three Extremes makes the Saw look like a bunch of Disney films. This got the hype train running and I was actually able to rent a copy thanks to a somewhat big DVD release. Luckily, the film did not disappoint and I was psychologically twisted for the next few weeks.

Since 2005 I managed to buy a copy on DVD for my collection, but never actually watched it again until yesterday afternoon for this article. The film consists of, you guessed it, 3 short horror films. These 3 films are almost exactly 40 minutes a piece, by 3 distinct directors, from 3 different countries. The three films are Dumblings (Fruit Chan, Hong Kong), Cut (Park Chan-wook, South Korea) and Box (Takashi Miike, Japanese). Most people checking this out will probably be familiar with the last two, while Chan tends to be a bit more niche here in the states, which is interesting because Dumplings seems to be the one most are familiar with whenever this film get’s brought up. Maybe because it got a full length version or maybe because it’s so different from the kind of thing American audiences are used to. Either way it was also the one freshest in my memory, fortunately that didn’t hinder it. 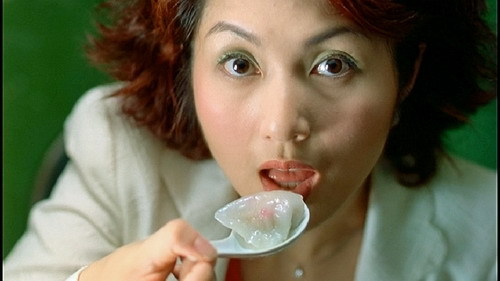 Dumplings focuses on a rich, aging actress named Mrs Li (Miriam Yeung) in her quest to regain her youthful beauty. She seek’s out the help of Aunt Mei (Bai Ling), a chef who uses a “special” ingredient in her homemade dumplings. In favor of not spoiling things for you, I’m not going to reveal what that special ingredient is, but it’s gross, and something most people wouldn’t eat in there dumplings. What struck me about the short this time around was that it could actually function perfectly well without it’s horror elements. This is basically true of all three shorts, and it’s something I’ve long maintained is the test of a truly great horror film. At it’s core this, and the other two shorts, are about desire, and Mrs Li’s desire to look young forever winds up taking her to some…extreme… places.

As a side note, the feature length version of Dumplings is certainly worth watching. I prefer the original short’s ending but the feature offer’s up more of Christopher Doyle’s slyly sophisticated cinematography and slightly deeper characterizations for Mrs Li’s husband and Aunt Mei.

After Dumplings finished up and I was left contemplating the shocking ending a second time, Park Chan-wook’s entry Cut begins to play. Now desire plays heavily into any marriage, be it desire for one another, desire for other things, or desire for other people. Depending on where those urges and emotions lie, things in a marriage can be smooth sailing or rocky shores. Cut follows the Saw-esque premise of a nameless Stranger (Im Won-hee) who kidnaps the Director (Lee Byung-Hun) and and The Director’s Wife (Kang Hye-jung) who are forced into a twisted game of piano’s and wires. 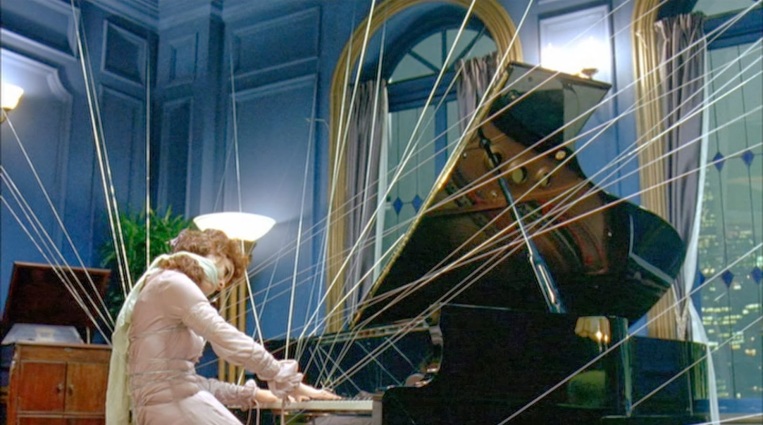 Overall Cut seems to be the most well received short from what I’ve read online and for good reason. It’s certainly the most playful of the three films. Not only does it offer up pitch black humor but Park also seems to be having the most fun behind the camera, with wacky, sporadic movements and lots of handheld madness. I’m still not 100% sure I understand it’s ending, there are theories but none seem to fully capture my own feelings. It’s probably best that it’s left open to interpretation. Ambiguity can often be a crutch with filmmakers, but with Cut balancing the line between metafiction and outright horror it’s an effective and eerie choice.

The final short, Box, is also by my favorite of the three director’s. Prolific Japanese legend Takashi Miike! Box features a young woman named Kyoko (Kyoko Hasegawa) and a recurring nightmare plaguing her about being buried alive in a small box. This is far and away the most difficult short to talk about for a number of reasons. First and foremost is because so much hinges on the films ending. The haunting final minute or so left the largest effect on me in the whole film’s runtime. The other reason is because the short is so dream-like it’s hard to determine what’s real and what’s a dream. Oddly enough, even though I love Miike now, I wasn’t too familiar with him back then outside of Ichi The Killer. Before the movie started this time around I barely even remembered what this short was actually about. Perhaps that’s why it had such an intense and reverberating effect on me afterwards. It’s almost like I was watching it for the first time.

Box, like the other shorts, takes a hard look at desire. In this case to fix past mistakes. It hits hard on an emotional level, especially when certain facts are revealed towards the end. What’s also worth noting, and this may catch more of my mindset next time I watch it, but all the films have at least one foot into an aspect of show business within the stories. Mrs. Lee from Dumplings was an actress, the director in Cut was, of course, a film director, and Kyoko from Cut seems to have performed in a stage show in her youth. Are the director’s taking looks or shots at their own craft? It’s certainly possible, Miike in particular has a history of portraying film in the occasional brutal light. Audition specifically comes to mind. It’s something I won’t be touching on in this analysis, but I thought it was worth mentioning.

So the question we have to ask ourselves after each of these articles is simple. Did the film hold up? I can say without a single doubt in my mind Three Extremes does hold up. In fact it was probably even better this time around. It’s one of the finest anthologies you could pick up, and one of the most thoughtful horror films I’ve seen in quite some time. Hopefully you’re now encouraged to give it a look, and hopefully you’ll get as much out of it as I did!