Having been raised with an atheist mother and non practicing Protestant father, I was never brought up in a particularly “God fearing” house hold the way some of my friends and extended family were.

This is worth bringing up since Robert Eggers’ directorial debut The Witch, seems to be about the perils of heavily religious upbringing.

From constant prayers to sexual repression and complete morality overload, the central family of The Witch is the perfect window into complete religious insanity.

The family, led by William (Ralph Ineson) and Katherine (Kate Dickie), leave the safety of their religious settlement due to an unknown event before the film takes place. Along with their four and soon to be five children. The oldest child Thomasin (Anya Taylor-Joy), the oldest son Caleb (Harvey Scrimshaw) and the two younger siblings Mercy (Elli Grainger) and Jonas (Lucas Dawson).

A fifth child, Samuel, is born out in the wilderness. Once Samuel disappears/is taken, things around the new family farm begin to take a turn for the dark and sinister. 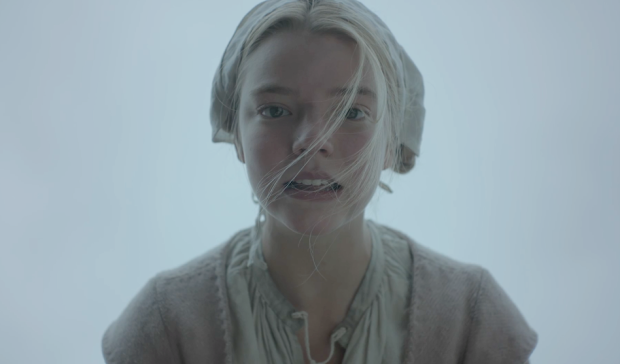 This basic setup yields intense and rewarding results as the film moves along. We slowly build up the personalities of the family, their inner demons, sexual frustrations as seen through the eyes of Caleb or the maddening and God-fearing tendencies of the mother Katherine.

Much of this tale is told through the eyes of Thomasin.  She’s a character who is in the beginning stages of womanhood and while seemingly devout in her religious beliefs, feels uncommonly drawn to the dangerous workings of her new surroundings.

The biggest shame about The Witch ( and apparently I’m not the only one to experience this) was seeing this in theaters with a younger more mainstream audience who let their disappoint be known.

Their were a lot of snickers at moments I found incredibly effective and once the film ended, most people seemed perplexed or downright angry about the film’s supposed “stupidity” or “pointlessness”.

At a point in time where almost every mainstream released horror film features a dozen jump scares minimum, it was refreshing to see a film that used essentially none.

The Witch isn’t your typical horror film though, it’s not out to make you jump.  It seeks a more permanent and perplexing effect. One of deep rooted anxiety and especially, paranoia.

Which brings me my point; I believe Paranoia drives the entire film.

For me it was the perfect example of the sort of self fulfilling evil that religion can devise in some people. I’m not trying to say all religion is bad, far from it, but at a certain point it’s hard not to imagine some intense psychological effects from that sort of upbringing.

The family’s trust in God tends to supersede the trust that they have in each other. Which leads to irrational behavior or decisions drenched in their anger, fear, and paranoia.  Come to think of it, it’s not a bad of a metaphor for modern America, but that’s another take in itself.

Then there is the titular Witch, who constantly lurks and lingers in the shadows. I found myself constantly checking the background of shots for little glimpses or hints as to where she might be.  The woods natural setting creates a pure kind of evil that I haven’t seen since 2009’s Antichrist.

The Witch can be read a lot of different ways, especially the stunner of an ending.

If you have found yourself to be a fan of other recent English language horror offerings like It Follows, The Babadook, or The Loved Ones, than The Witch is going to be right up your alley.

It’s a more contemplative and slow churning type of terror, but it has stayed with me since leaving the theater and that doesn’t seem to be changing anytime soon.

★★★★ Combining the complexities of religion with a deliberately challenging horror story, makes for a rewarding cinematic experience.

All images via A24

One thought on “The Religious Perils of The Witch”