Batman V Superman: Dawn of Justice is playing everywhere and fanboys & fangirls are rejoicing.  However, something troubling happened.

Over these past 5 days, the word of mouth of BvS went from “spectacular” to “dull, lifeless, and not fun” because of critics and fans looking for something more…conventional to say the least.

I will be honest, Rotten Tomatoes has been a guide for me to see what movies are being critically favored, but I don’t use the site as my defining factor of my love or hatred for a movie.

What troubles me is that I’ve seen so many passionate fans and moviegoers say great things about this movie yet I see the people who didn’t care for the film write long and often times scathing, articles about why the film is a “failure.”

Well I’m pleased to announce I did not think the film was a failure.  It’s flawed yes, but it’s almost like nothing I’ve seen before…especially when it comes to comic book films.

I feel like that is a nice trade off.

Let me count the ways of why you need to see Dawn of Justice!

I’ve been team Affleck since day 1 and it was a beautiful feeling to see all that optimism pay off on the big screen.

He’s commanding, suave, paranoid, and best of all, scary as hell at times; because Ben is not only in his element, he’s delivering a promise of why his Batman/Bruce Wayne is the one we deserve.

From the first shot to the last, he’s proving all his haters wrong and enhancing everything he’s in.  Even in the harshest reviews, critics can’t help but point out how awesome Affleck is.

He’s a Batman for the ages and I can’t wait to see him in Suicide Squad and Justice League!

2.  Superman is the most sympathetic character 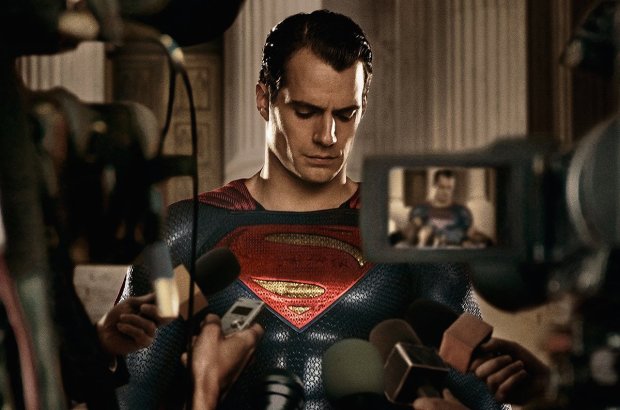 One of the biggest surprises in Dawn of Justice is how the whole film makes you feel sympathy for Superman/Clark.

There’s a scene where he’s talking to Lois while she’s in the bath tub, which was a bit random, and he’s trying his hardest to keep up the facade that he’s not broken on the inside.  That he truly he is “indestructible.”

He’s not. He’s fragile and his world is literally falling apart and even though he’s trying to do the right thing, it never feels like that’s enough.

Kind of like how we all try to be the best we can be, but that sometimes isn’t enough for us or the people we love.

Henry is having a ball here playing Superman and thankfully his subtle mannerisms, especially when he meets Bruce for the first time, are quite nice to see.

I’m not going to go into spoiler territory here, that’s for later next week, but let me just say, I can’t wait to see where Henry takes Superman next. 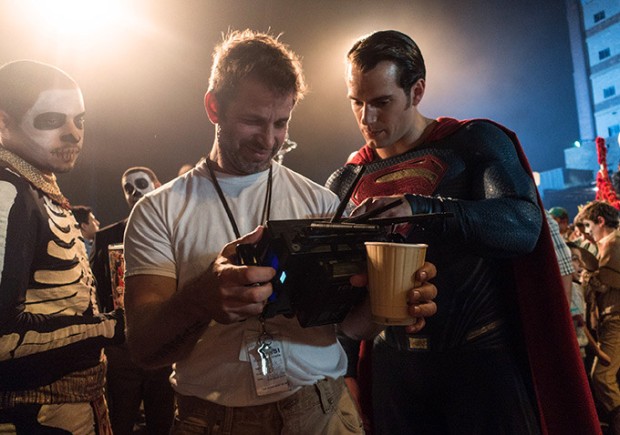 His work over the years has had a very mixed effect on me, but I do love watching his director commentaries. Seriously, go buy a blu ray of Watchmen or Sucker Punch and he breaks down almost every directorial decision he makes. It’s a beautiful way to see into the creative process.

I just feel like all his passion and sophisticated directorial choices doesn’t always translate to what’s on screen.

Well Zack has proved me wrong with Batman v Superman.

This is his best film by far and I’m happy he proved why he is the best man to set up this universe.

I know there are some BIG flaws in BvS, especially with the editing and some questionable shots, but Zack is working at an entierely different level here.

The first half of the film I kept whispering to myself, “This son of a bitch did it.” He’s not playing by any other comic book film’s rules. He’s setting new ones.

There’s death, deceit, and failure that surrounds a lot of this film and Snyder and his crew aren’t afraid to address those issues head on, especially during the climatic fight.

Yes there are a lot of slow motion Snyder shots, but there is a lot of nuance to what’s going on.  He directs every actor to the best of their abilities and thankfully he has the right script to back him up.

Although his love for action does take over the latter half of the film, it was refreshing to see him set up such an amazing universe.

Here’s a small list of accomplishments he did with just one film.

Look the film isn’t perfect, but Snyder deserves applause for his work here.  I can’t wait to see the 3 hour cut!

4. Mature without ever feeling “edgy”

The only time I ever felt the film was trying to be REALLY over the top was when the pearls of Martha Wayne’s necklace are wrapped around the mugger’s gun. Besides that, this is one of the most adult comic book films I’ve ever seen.

Personally, this film made Deadpool, which I’m not insulting, look like a PG rated fan film that had vulgarity and blood.

The film is pretty straightforward with it’s violence, even when it’s off screen, but not once did I feel like Snyder was going, “Ok let’s have Batman brand someone because that’s so damn edgy!!”

Batman brands people sure, but it never feels edgy.  Just one look at Ben Affleck in his cape and cowl and you feel like he’s had enough of humanity.

Even when Superman does inflict some damage, you always feel like it’s coming from the right place, especially when he saves Lois Lane a number of times. Oh and before you say, “Oh wow she’s just a damsel in distress!”, every situation she’s in is because she wants to be there.

She knows the risks and is willing to put her life on the line to do the right thing…kind of like a superhero? Am I digging too deep here?

Gal Gadot, on behalf of haters everywhere, I’m sorry we ever doubted you.

Although you weren’t in the film for more than 10 minutes, you truly enhanced every scene you were in.  The combo of you and Affleck at the Lex Luthor party was intense and you didn’t even say a word!

And when you do speak, every line is a delight to hear.

Last but certainly not least, we all loved you during a certain battle.  Every swing of your sword made me smile and want to applaud.

Thank you for making Wonder Woman so badass and compelling.

I can’t wait to see you own it in your spin off next year!

This is not the Lex you know and love.  This is the diabolical and unhinged Lex Luthor you didn’t know you needed!

Jesse Eisenberg plays Lex like his life depends on it and not since The Social Network, have I been so impressed with him.

The less I say about his Lex the better, but let me just say…you will never look at peach tea and jolly ranchers the same way after you see him in action! 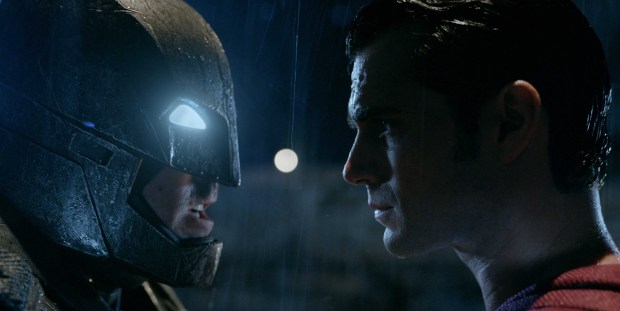 This is the biggest surprise of Batman V Superman in my opinion.

I’ve waited years to see these two heroes go head to head on screen and while the fight was a visual treat and wonderfully choreographed, I didn’t expect to feel emotional during it.

I’m not going to say what caused this emotional feeling, but let’s just say Superman is fighting for more than just his life.  It hit me right in the feels.

I can’t wait for you all to experience it!

I was a bit weary about this film being a set up for the inevitable Justice League film and when I heard Flash, Aquaman, and Cyborg were making cameos….I groaned.

Luckily, the cameos work and Flash’s cameo in particular, will leave you buzzing about the possibilities of how epic the Justice League film will be.

9. This is a divisive film and that’s ok

I know this film won’t work for everyone, nor should it.

In all my years of watching superhero films, I’ve never see such love and hatred for a single film, especially one as dark and complex as this one.

This isn’t like Punisher: War Zone,  where people defended it for being bloody and fun–this is people defending and hating a film for it’s themes, style, acting, and directing.

My biggest issues with the film is the editing and the film’s unfocused nature at times. But hey, if people forgave The Revenant for having a long and sometimes boring middle section, they can forgive BvS.

My friend Sterling went on a short and funny rant about why Superman sucks.  I disagreed but it was enlightening and entertaining.  You know what happened yesterday?  He saw BvS and loved it!

He called it the best superhero film he’s ever seen and to me that shows what kind of impact this film has on causal audiences and fans alike.

I can’t wait to see it again!

10. Future DC Films are coming, thanks to Batman v Superman 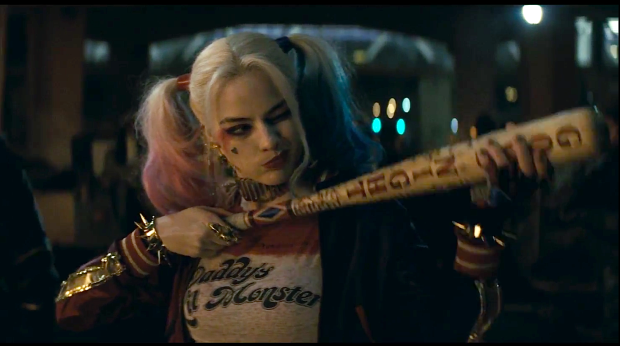 People are acting like the bad reviews from critics are going to kill the DC Cinematic Universe.  It’s not .

Even if I didn’t like this film, I still had the already finished Suicide Squad this year and the almost finished Wonder Woman next year to keep me hyped!

Critics and fans can be forgiving.  Look at how well Fast Five was received by critics and fans alike after the fourth Fast and Furious made a lot of money on nostalgia and escapism even though it was critically mauled.

Don’t let the critical backlash of this film hinder you from seeing this on the big screen.

Batman V Superman is ambitious, compelling, and groundbreaking! Although it stumbles at times, Zack Snyder has made his best film and it will be debated about for years to come!

I believe in the DC Cinematic Universe, how about you?

All images via Warner Bros