When I first started watching the new horror anthology film My Master Satan: 3 Tales of Drug Fueled Violence (abbreviated from here on out as MMS), I had zero idea what to expect.

Garrett sent me a copy of the screener via email, and I went ahead and added it’s director, Dakota Bailey, on Facebook so I could try to get an interview as well (Coming Soon!).

About half way through, I was ready for this review to end up being a complete teardown.

Then I finished the film.

I sat back and contemplated what it was attempting vs what it managed to accomplish. I came to the conclusion that it’s actually not that terrible of debut feature.

Now keep in mind this film was made for just a $1000 or so and shot mostly on a VHS cameras in order to achieve the grainy and ancient effect it showcases. It gives a little bit of the impression of a found footage film, but it’s definitely meant to be a complete work of fiction, bordering on pure absurdity. 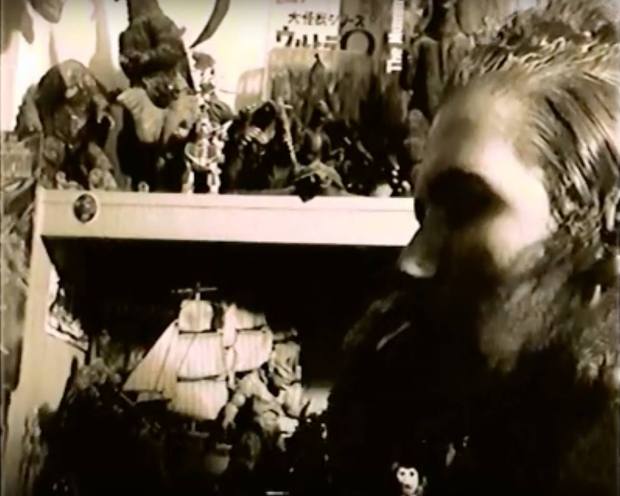 At times the film could be perceived as being a straight ahead murder/drama and at other times could be seen as a darkly comic reflection of low class modern American life eating itself alive.

There exists an interesting movement these days in the underground market, to rebel against the ever growing digital giant. This isn’t exclusive to film either, books and especially music are facing this shift even more rapidly.

So whenever I see someone recording analog or shooting with actual film, I get a nice warm feeling in my belly.

Now that’s not to say this is a perfect or guaranteed approach.

Shooting this way can be difficult, even for experienced cinematographers, and problems with sound and lighting can frequently mar MMS’s experience.

It’s never impossible to see or hear thankfully, but some visual clarity and cleaner audio would have been a big help especially in the violent sequences. I also think that director/cinematography Bailey could do a bit more with his scene to scene compositions, perhaps a bit more complex blocking even. 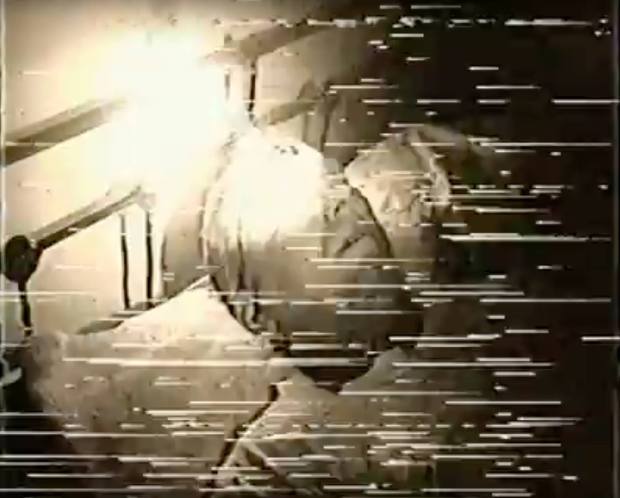 In an effort to set this review apart I’m forgoing the typical plot summary. If you want details you can check out the IMDB page HERE.

The reason’s I’m choosing to do it this way is because A) this movie is probably best to enter into blind, and B) I never felt that the films specific plot lines were necessarily the most important element.

Instead Bailey seems to be going for a film based on anger, emotion, hatred of mankind, or possibly even a reflection of it.

The film references Satan often by name but it’s made abundantly clear that Lucifer is merely a scapegoat we utilize to attribute the sins of mankind.

It must be scary for some people to imagine that evil can simply exist for no reason. 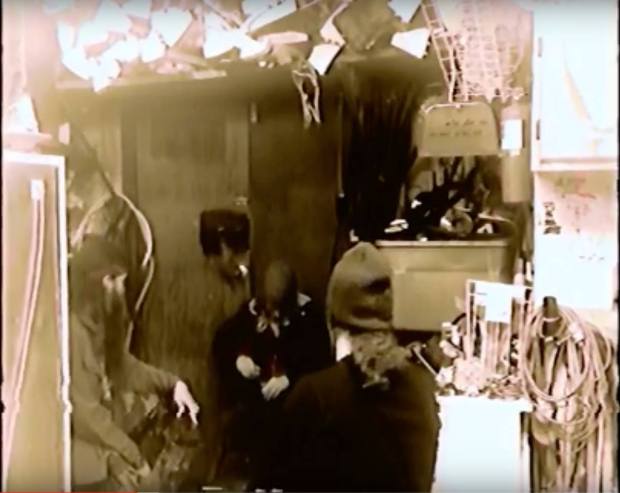 That a man can kill in cold blood without “the devil” provoking him to do it. Evil can be a highly subjective idea, and Bailey’s insistence on evil as evil opposed to evil through religion makes for a valid premise, almost reminiscent of Michael Myer’s personified evil in Halloween.

In fact, the whole film has a fascinating anti-religious sentiment. It’s not exactly trying to take a spit on religion, but I think it takes a certain glee in challenging modern religious perceptions of morality.

My Master Satan’s freewheeling sense of dialogue brought a little bit of Linklater to mind for whatever reason, perhaps it’s the fact that the films language could be perceived as improvised but as you will find out in the interview every line was meticulously devised.

It’s hard for me to say I exactly liked My Master Satan. I doubt if it’s anything I’m ever going to watch again, but that’s not meant to be an act of discouragement.

Bailey clearly knows the audience he is aiming towards and even possesses small hints of genre kingpins like Vogel or Mills. He needs to work a bit more on some of the technical aspects (don’t be afraid of tripods or high quality mics!), and perhaps experimenting a bit more with his framing and effects use could help keep things more in synch moment to moment.

Then again those are tricks he will likely pick up over time. At the end of the day, I appreciated the film as a debut and the thematics it was forcing me to bear witness.

My Master Satan is currently available to purchase for just 6 dollars and I recommend it to those who like and can stomach, extreme cinema.

★★★ Providing shocking violence, or hilarious, subversive comedy depending on your bend, My Master Satan provides extreme cinema fans with the violence it expects, along with a little extra to contemplate once it ends.