Watching events unfold in America from over in Canada is a bit fun, at least in a morbid sense.

It’s fun because we, at least under a thought that we are in safe hands, are watching America continue to crumble more and more.

But at the same time, it’s saddening.

I have many American friends who have no choice except to live amidst a dire point in time.

This is an election year, in which the top two leading candidates are deplorable in their own ways: one a hateful, inexperienced bigot who only makes himself look more and more like a fool, and the other, a woman who takes pride in pandering to the opposing side in spite of a shady history.

It would be easy to say this, whoever wins, impending doom is set to come, lasting for four or eight years depending on how the public chooses to go about with their votes.

Now why is this all so scary?

All of this had started with Cold War paranoia, something that American cinema had only then been catching up with.

It was not until 1962 when John Frankenheimer exposed the very deepest of fears to have come about with his film The Manchurian Candidate.

The timing was so perfect – for it was released amidst the Cuban Missile Crisis.

But where is the first sense of connection between a 1960’s Cold War thriller and the 2016 election arising?

Donald Trump is the “Manchurian candidate” of the title, but who would the manipulative/cunning Mrs. Iselin (played by Angela Lansbury) be representative of? Hillary Clinton.

The Manchurian Candidate was a film whose paranoia in itself was the highlight, for it exposes a part to the political system to the light.

A key element to it’s success is the light exposes upon political parties and how certain figures end up becoming puppets for what they represent, often unwittingly because a lack of knowledge in regards to a trustworthy side in either spectrum.

The funny thing however, is the fact it is uses the Communist paranoia at the same time to criticize the extremes on both sides of the political spectrum – for the puppetry and lack of trust ultimately is what leads the nation to where it is now.

We cannot put trust into either candidate, knowing that they are terrible in some form, but when their words pander to our attention, they play the nation the way a puppeteer moves their marionettes. 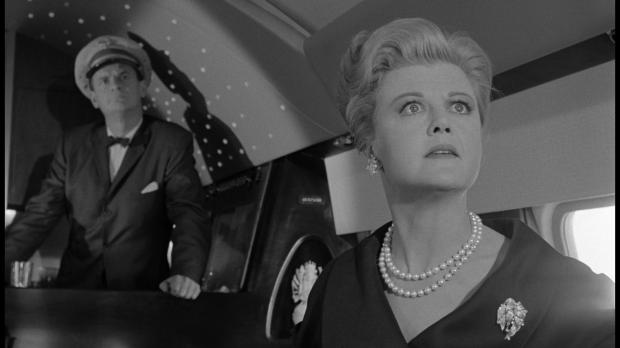 John Frankenheimer’s The Manchurian Candidate is not the only film that is responsible for having foreseeing said events in where America has gone.

As a matter of fact, two years later, there was yet another Cold War film, this time one that captures hysteria within the nuclear crisis.

That film is none other than Sidney Lumet’s Fail-Safe.

Although excellent in terms of how it handles a possible idea of what could happen as a result of the tension between the Soviet Union and the United States, it was not until another two years when a more vicious approach to the subject had come by, one that indeed left a much bigger impact.

That one film is none other than Stanley Kubrick’s black comedy, Dr. Strangelove.

Both Fail-Safe and Dr. Strangelove share a common theme in paranoia regarding the nuclear scare during the Cold War, and while both films never directly show any Soviets, there’s a reason as to why they still maintain their relevance today.

Fail-Safe approached everything in a more serious manner, but if there’s a reason Dr. Strangelove is remembered more, it can come down to how it’s satirical approach was much more savage with whom it was attacking.

Whether it be from the lack of rationality amidst the conferencing in the War Room or the frightening look at the conflict amidst the darkest of comedy it presents, it still remains relevant because one can look at these figures and compare their goals to the leading candidates and notice there’s not much difference at after all.

Observe George C. Scott and his role as General Buck Turgidson, for he is a jingoist, and then look at Sterling Hayden as General Jack D. Ripper – a paranoid ultra-nationalist (almost to the point of xenophobia) and the man responsible for giving the order.

All of their actions seem so funny at first, and Stanley Kubrick is inviting the viewer to go ahead and laugh at the lack of rationality within their actions because of how far everything is being taken.

Think about a man like Donald Trump, a man with a number of bigoted beliefs against Mexicans and Muslims.

Under his own policies, all that can ever be imagined is that a satire mocking the lack of rationality within the Cold War now can only turn into a reality because of how far he wishes to take things.

And of course, people will still vote for him over the manipulative Mrs. Iselin.

Yet listen to how Trump had been taking it during debates, and it’s no different from Buck Turgidson or Jack D. Ripper’s irrationalities all coming together and spurted out.

That’s not to say American cinema was up to date in terms of how much they have caught up with the insanity that is this year’s election.

As a matter of fact, Gillo Pontecorvo’s The Battle of Algiers, a film which tells the story of the Algerian war – and how both sides have reacted to the event showed both sides’ insanity.

It demonizes the extremes that both sides have taken in order to reach where they are now.

By capturing the incredible paranoia about the responsible acts of terrorism by nature, that is where the experience of watching this films seems almost like a document of what goes on today.

Two terrible candidates are in the lead, and thus it’s driven a nation to much deeper realms of hate. One that could very well lead to murder on some counts, whether it be on significant figures on either side or the average citizen.

There’s a whole lot more one can write about in regards to the similarities that this election has with political cinema of the 60’s, but the fact that what once appeared as satirical is suddenly becoming reality.

Think about how any major figures are controlling their followers like puppets, almost in a manner much like The Manchurian Candidate dramatized, and at the same time how Dr. Strangelove is summing up how irrationally politicians take everything.

If there’s one thought that summarizes how everything has gone and to what had only been foreseen way back in the day, I’ll end off on the final line of The Manchurian Candidate, “Oh, hell.”

Jaime is an autistic Mississauga-based student attending Sheridan College. They are also an aspiring filmmaker, with an ever-growing love for cinema all around the globe. View all posts by Jaime Rebanal